Sports ethics is that branch of the philosophy of sport addressing the specific ethical questions that arise during and around sports competitions. With the affirmation of professional sports in the past century as well as the rise of a voluminous entertainment industry related to it, sport ethics has come to be not only a fertile terrain for testing and developing philosophical notions and theories, but also a foremost point of contact between philosophy, civil institutions, and the society at large.

Lessons of Respect, Justice, and Integrity

Sports are based on the fair enforcement of rules. At a first approximation, this means that every contestant (being an individual player or a team) has the right to see the rules of the game applied in equal measure to each and every contestant while having the duty to try and respect the rules as best as possible. The educational importance of this aspect, not just for children and young adults but for everyone, can be hardly overstated. Sport is a critical tool to teach justice, the respect of rules for the benefit of a group (the contestants as well as the spectators), and honesty.

And yet, as it happens outside a competition, one may wonder if – at times – players are justified in seeking an unequal treatment. For instance, when breaking the rule will offset some mistaken call that the referee has made earlier the game, or will partially make up for some economic, social, or political inequities that stand in between the contesting teams, it seems that a player may have some justifiable motives for breaking the rule.

Isn’t it simply fair that a team who has had a valid touch down not counted in will be given some minor advantages over the next attack or defense situation?

This is, of course, a delicate matter, which challenges our ideas circa justice, respect and honesty in a way that mirrors the key issues humans face in other spheres of living.

Another major area of confrontation regards human enhancement and, most notably, cases of doping. Considering how invasive the application of drugs and medical techniques is to the contemporary professional sport, it has become increasingly difficult to set an intelligent boundary between those performance enhancers that shall be tolerated and those that shall not be tolerated.

Every professional athlete competing for a well-off team receives medical aids to enhance his or her performances in amounts that range from thousands of dollars to hundreds of thousands and, perhaps, millions. On one hand, this has contributed to spectacular results, which much add to the entertainment side of sport; on the other, however, wouldn’t it be simply more respectful for the athletes’ health and safety to set the bar for tolerance of enhancers as low as possible? In what ways enhancers have affected the relationship between body and soul among athletes?

The increasingly high salaries of certain athletes and the disparity between the pay of the most visible ones as opposed to the pay of the least visible ones have also offered the opportunity to rethink the issue of just compensation that much attention had received in eighteen hundred philosophy, with authors such as Karl Marx.

For instance, what is the just compensation for an NBA player? Should NBA salaries be capped? Should student athletes be granted a salary, in consideration of the business volume generated by NCAA competitions?

The entertainment industry associated with sports also offers us, on a daily basis, the opportunity to ponder to what extent income can contribute to leading a good life, one of the central themes of ancient Greek philosophy. Some athletes are sex symbols too, generously rewarded for offering their body image (and sometimes their private lives) to the public attention. Is that really the life of a dream? Why or why not?

Article published on ThoughtCo by Andrea Borghini (Link to article) 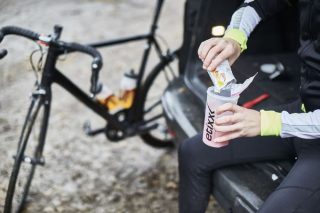 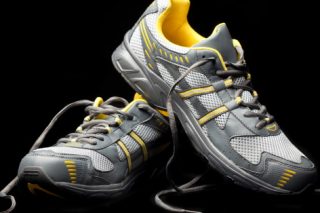